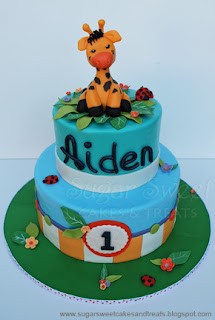 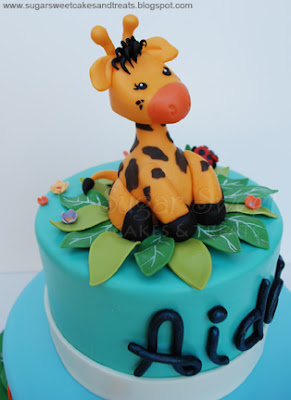 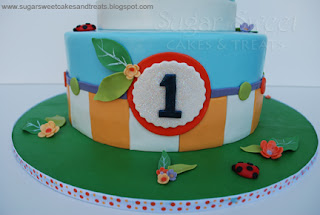 Posted by SugarSweet at 4:34 PM

This is so beautiful!! Once again you created a master piece! Thanks for the post.
Eftychia from Dream of Cakes.
http://www.dreamofcakes.net

Love this cake, the little giraffe is so cute!!!

I am a wanna-be caker ;) and was searching for giraffe theme birthday cakes to make for my son's first birthday when I found your site. I have the exact same party supplies!! I LOVE, LOVE, LOVE your work and am going to (attempt) to at least somewhat replicate it for my little guys party next week! Thank you for sharing your tips and ideas, You are truely gifted!
Shannon

love your cake. I'm planning my baby's first birthday and I chose this theme...how much do you charge for the cake? I live in Sacramento, CA. Monica

Sorry Monica, I'm not accepting orders for cakes presently and I'm down in Orange County.